The state of the PGMs sector

Six primary precious metals make up the basket of platinum group metals (PGMs) in South Africa. The metals – platinum, palladium, rhodium, gold, iridium and ruthenium – occur together in PGM-bearing ore, together with chrome, nickel and copper and other minor metals, which are defined as by-products.

Platinum, palladium and rhodium are the three primary metals of significant economic value. Due to their unique physical and chemical properties, they are essential components in many industrial applications including the automotive industry due to their excellent catalytic properties, as well as in computer hard disks, mobile phones, glass and fuel cells, among others.

The durability, quality, and aesthetic appeal of platinum and, to a lesser extent, palladium has significant application in luxury goods and jewellery manufacture. China accounts for 50% of the world’s platinum jewellery market.

Investment, in the form of coins, bars and electronically traded funds (ETFs), is another significant source of demand for PGMs.

Geologist Hans Merensky’s work from 1924 resulted in the discovery of what became known as the Bushveld Igneous Complex. The complex is over 400 kilometers in diameter and is divided into four different limbs: the northern, southern, eastern, and western limbs.

This complex hosts approximately 80% of the world’s known PGM-bearing ore. 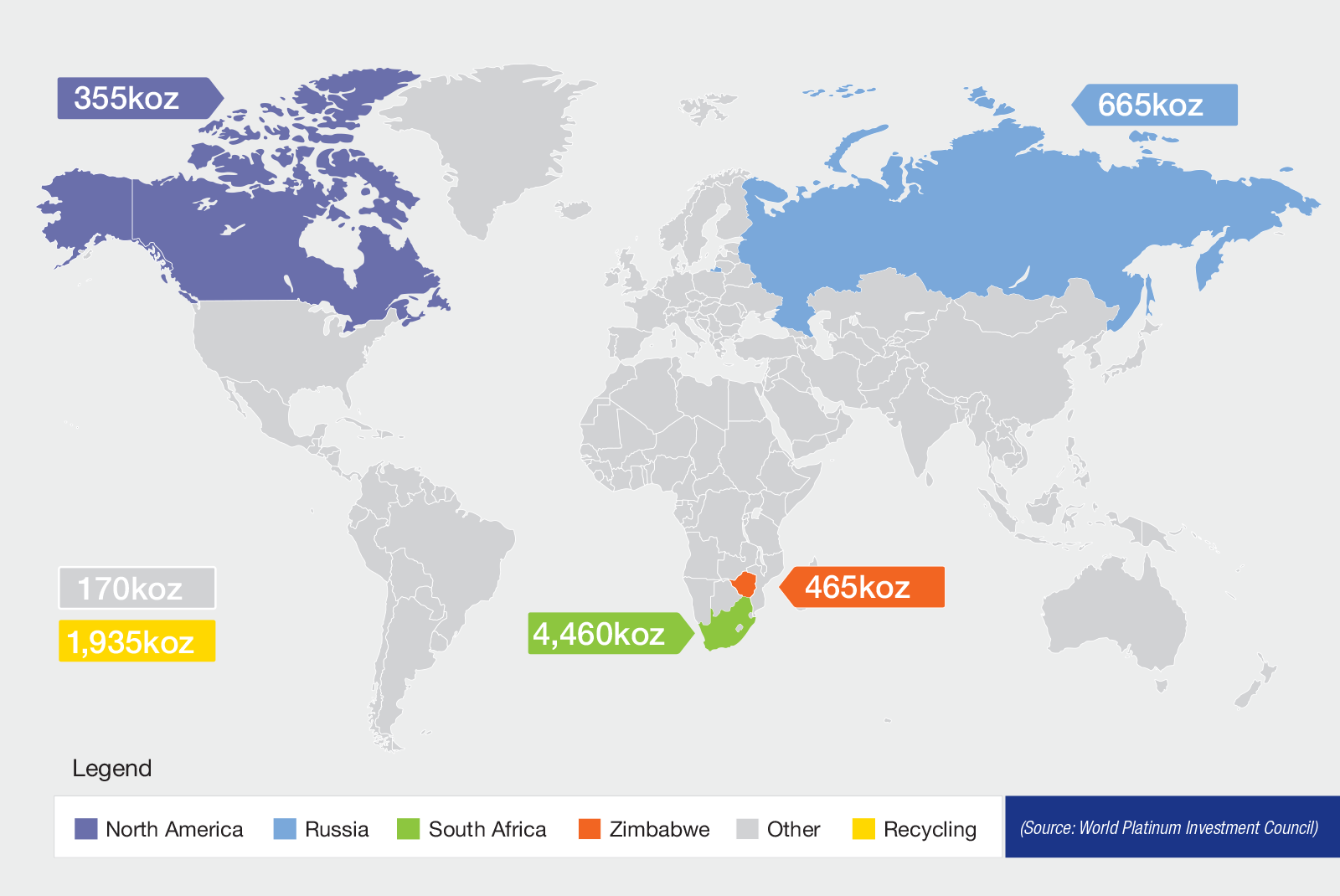 Since 2008, average wages have increased in real terms by 5% a year

PGMs’ basic wages are higher than those in the other industrial sectors. It should also be noted that allowances and variable pay (like bonuses) in the mining industry are significantly higher than any other sectors. 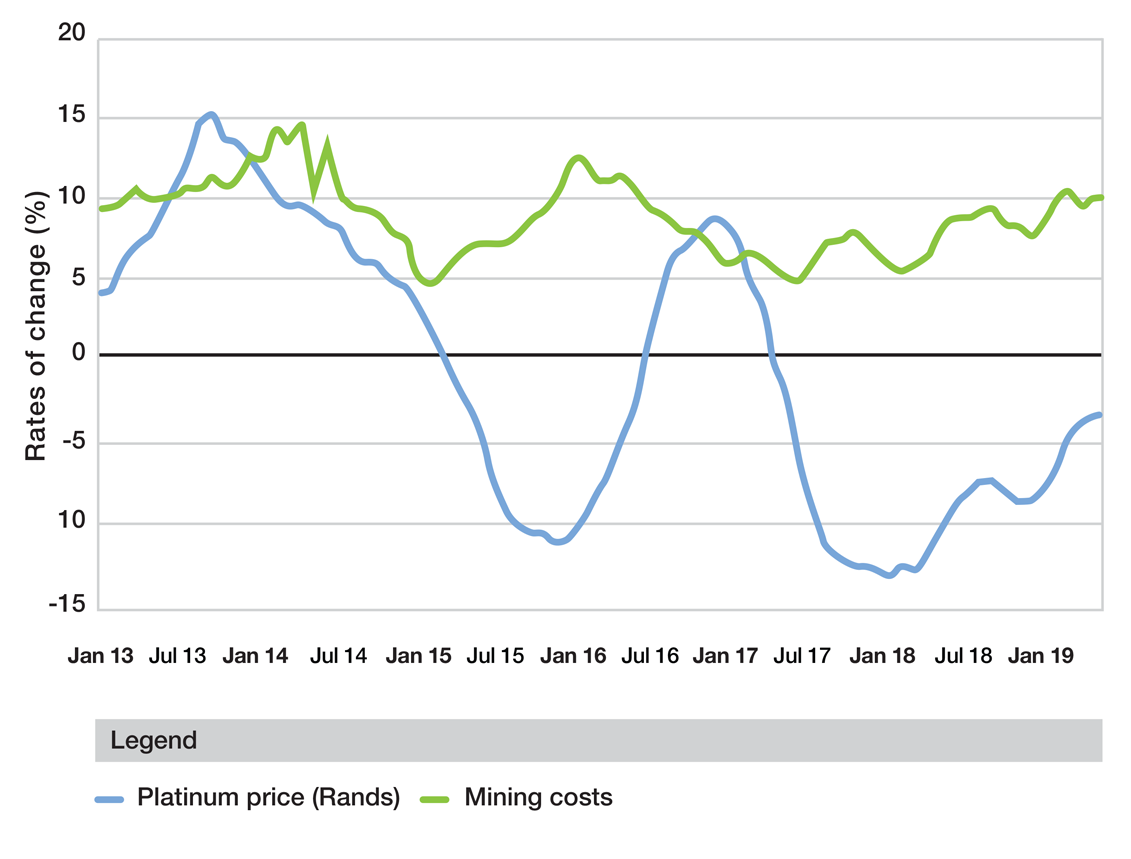 increase in average wages over 10 years

This graph shows how cost increases have exceeded platinum price increases and decreases almost consistently, and often by huge margins, over the last six years.

The most prominent factors at work have been power and employment costs. Employment costs accounted for 41% of total costs. Power and water costs account for 13% of intermediate input costs in the sector. Electricity tariffs have increased by 523% for the mining sector in the ten years to 2018, and the tariff increases set this year promise another 29.4% in power increases over the next three years. 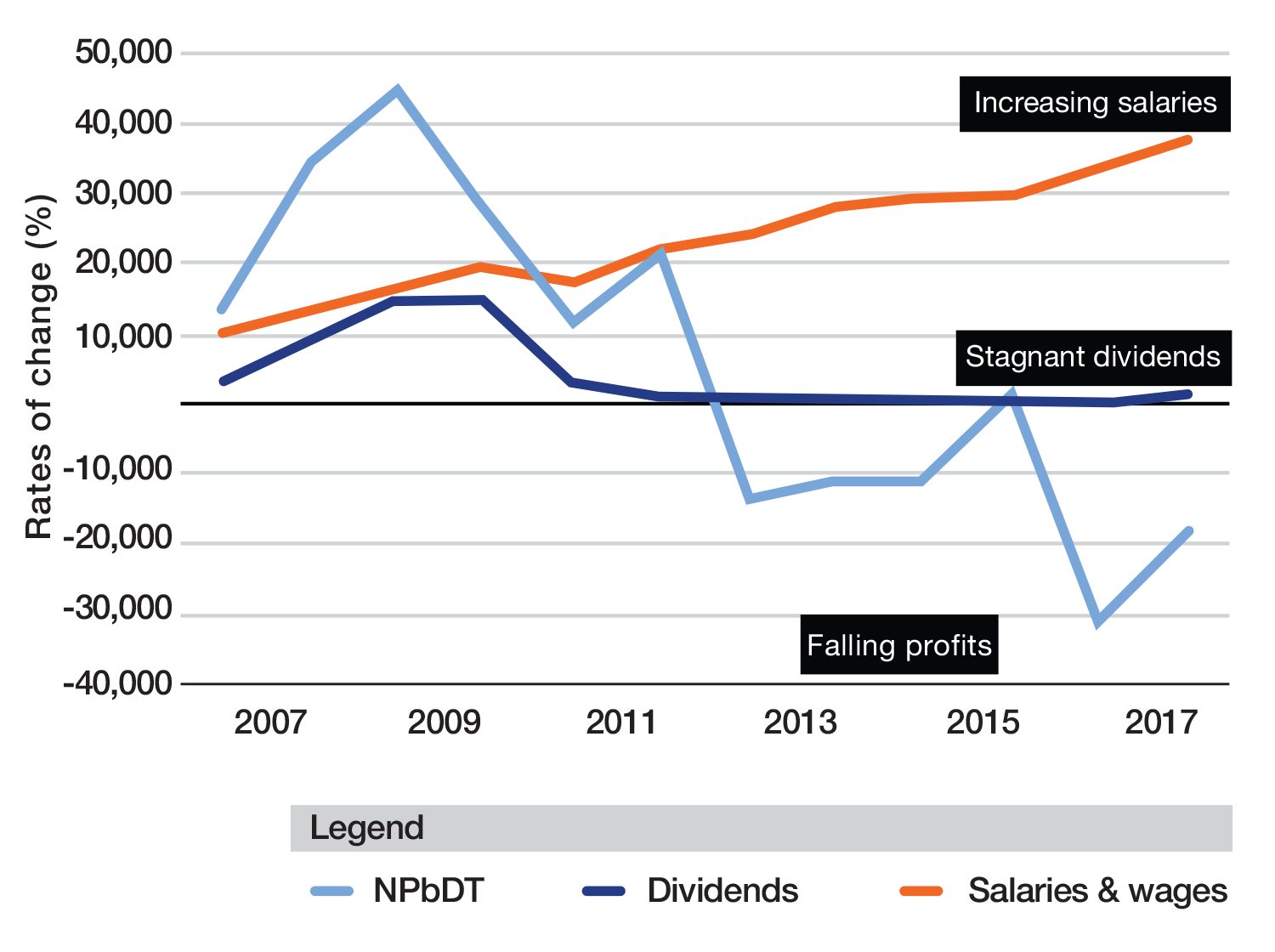